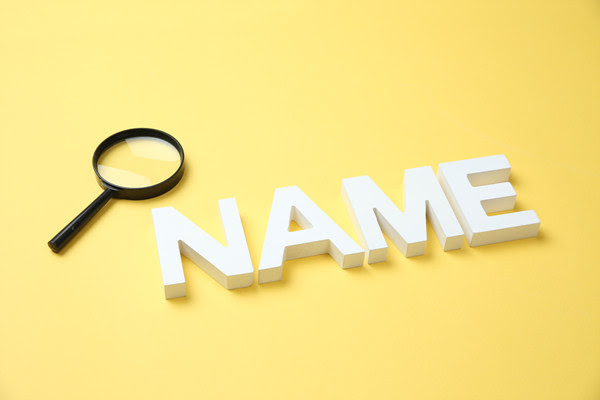 SIGNIFICANCE OF THE SAVIOR’S NAME

By taking a close look at God’s work of salvation, we can have insight as to why it’s important to know the name of the Savior. In order to grant us salvation, God created three ages—the age of the Father, the age of the Son and the age of the Holy Spirit. In each of these ages, God appears as the Savior using a different name. In this age, salvation depends on knowing the Savior now; we cannot simply call on the general title of God. A key concept in the Bible helps to clarify this.

There is a time for everything, and a season for every activity under the heavens…
Ecclesiastes 3:1

GOD GIVES US A LIMITED PERIOD OF TIME TO RECEIVE THE SAVIOR.

As long as we live on earth, we are limited by time and space. That’s why the Bible says there is a time for everything, a season for everything. Everything is bound by time limitation—everything has a beginning and an end. For instance, whenever you buy milk at the grocery store, it has an expiration date. The expiration date is the time limit for when the milk will no longer be drinkable. This concept can be applied to our life of faith as well because God gives us a limited period of time to receive the Savior.

All activities limited by time contain a particular purpose. For example, people attend college to receive an education and earn a degree; they earn a degree to get a good job; they get a job to make money; they make money to support a family, and so on. Just as everything on this earth has a purpose, our faith in God has a purpose too.

You have not seen Christ, but still you love him. You cannot see him now, but you believe in him. So you are filled with a joy that cannot be explained, a joy full of glory. And you are receiving the goal of your faith—the salvation of your souls.
1 Peter 1:8-9 (NCV)

The Bible states that the ultimate goal of having faith in God is to receive salvation—and knowing the Savior’s name is vital to that salvation.

THE SAVIOR’S NAME IN EACH AGE

God divided His administration of redemption into three ages and gave a different name for the Savior in each of the three ages.

Therefore go and make disciples of all nations, baptizing them in the name of the Father and of the Son and of the Holy Spirit, and teaching them to obey everything I have commanded you. And surely I am with you always, to the very end of the age.
Matthew 28:19-20

Not many people know that the Holy Spirit has a name and some mistakenly think that there is only one name of the Savior. Through mated verses in Isaiah and Acts, we can understand why these misconceptions happen.

During the age of the Father, the name of the Savior was Jehovah. He states that He is the only Savior. In the New Testament, Apostle Peter also testifies about the Savior.

Jesus is “the stone you builders rejected, which has become the cornerstone.” Salvation is found in no one else, for there is no other nameunder heaven given to mankind by which we must be saved.
Acts 4:11-12

For Jesus is the one referred to in the Scriptures, where it says, “The stone that you builders rejected has now become the cornerstone.” There is salvation in no one else! God has given no other name under heaven by which we must be saved.
Acts 4:11-12 (NLT)

In reality, there is no contradiction. By understanding how the concept of time limitation plays into God’s administration of salvation, it makes perfect sense.

For to us a child is born, to us a son is given, and the government will be on his shoulders. And he will be called Wonderful Counselor, Mighty God, Everlasting Father, Prince of Peace.
Isaiah 9:6

That’s why Apostle Peter confidently said that there is no other name aside from Jesus that could give salvation. He understood the concept of time limitation, which marked the expiration of the Father’s name and the beginning of the use of the Son’s name.

I am coming soon. Hold on to what you have, so that no one will take your crown. The one who is victorious I will make a pillar in the temple of my God. Never again will they leave it. I will write on them the name of my God and the name of the city of my God, the new Jerusalem, which is coming down out of heaven from my God; and I will also write on them my new name. Whoever has ears, let them hear what the Spirit says to the churches.
Revelation 3:11-13

By saying, “I am coming soon,” Jesus was speaking about His second coming. He made it clear that when He comes again, He would have a new name. He referred to Himself as the Spirit, which means He’s appearing as the Holy Spirit, not as the Son.

Jesus made it clear that when He comes again, He would have a new name. He referred to Himself as the Spirit, which means He’s appearing as the Holy Spirit, not as the Son.

Whoever has ears, let them hear what the Spirit says to the churches. To the one who is victorious, I will give some of the hidden manna. I will also give that person a white stone with a new name written on it, known only to the one who receives it.
Revelation 2:17

The Holy Spirit said only those who receive the white stone can know the new name. Biblically, the color white represents purity. It’s crucial, then, to understand what the stone represents. The Bible references the stone through multiple accounts.

As you come to him, the living Stone—rejected by humans but chosen by God and precious to him.
1 Peter 2:4

Jesus is “the stone you builders rejected, which has become the cornerstone.”
Acts 4:11

According to the Bible, the stone represents Christ. With this understanding, Revelation 2:17 means that Christ will come with a new name. The book of Revelation was written around AD 97, so the Christ referenced there is Second Coming Christ. To receive the new name, we must receive Second Coming Christ who brings hidden manna. 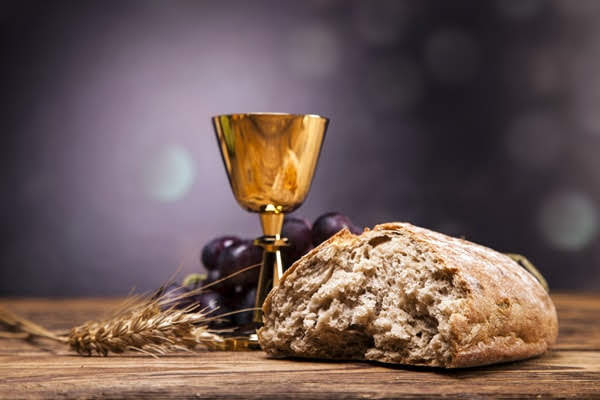 To recognize the true Holy Spirit and His new name, the Bible also says that He will bring the hidden manna. The one who gives us hidden manna has the name that will give us salvation in the age of the Holy Spirit.

According to the Bible, manna represents Christ’s flesh. To receive His flesh, we must celebrate the New Covenant Passover.

On the first day of the Festival of Unleavened Bread, the disciples came to Jesus and asked, “Where do you want us to prepare the Passovermeal for you?” …As they were eating, Jesus took some bread and blessed it. Then he broke it in pieces and gave it to the disciples, saying, “Take this and eat it, for this is my body.” And he took a cup of wine and gave thanks to God for it. He gave it to them and said, “Each of you drink from it, for this is my blood, which confirms the covenant between God and his people. It is poured out as a sacrifice to forgive the sins of many.”
Matthew 26:17, 26-28 (NLT)

Jesus first gave His disciples manna through the New Covenant Passover 2,000 years ago. However, this Passover was abolished in AD 325 at the Council of Nicea and became hidden. In 1948, Christ Ahnsahnghong re-established the New Covenant Passover as the feast of God that gives us the forgiveness of sins. Christ Ahnsahnghong fulfilled the prophecy of Revelation 2:17, He is the Holy Spirit and His name is the Savior’s name in this age of the Holy Spirit through which we can receive salvation.

The World Mission Society Church of God believes in the new name Christ Ahnsahnghong as the Savior’s name in this age. This means we pray and preach in the name of Ahnsahnghong. We should do these things because the Bible testifies about Ahnsahnghong. With further study, you can have full assurance in the Savior’s new name and receive salvation through Him.